Sights in the Area

Nearby sightseeing tours from Eleonas

The artificial lake of Zaros or Votomos is located 600m from Eleonas Guesthouse. The lake before 1987 was a small wetland formed by the crater of the Votomos spring. It took its current form in 1987, when the Forest Service rehabilitated the area and created an artificial lake where the spring waters are retained.

The name Zaros comes from the molecule Za, which means a lot, and the verb reo. "Zaros" means the place where a lot of water flows.

Around the lake there is a cafe, where the visitor can relax and enjoy his coffee. There are also areas with benches and tables where you can have a picnic. The walk around the lake is very short and worth it, as its shores are drowned in greenery and plane trees. In the lake there are fish, ducks and turtles.

Vrontisiou Monastery is located 5.5 km southwest of Eleonas (5 minutes by car), between the villages of Zaros and Vorizia, in an area with panoramic views of the plain of Messara. The monastery is dedicated to Agios Antonios and is one of the oldest monasteries in Crete. (open for visit 09: 00-13: 00pm & 16: 00-20: 00 pm).

Tradition has it that Michael Damaskinos and Domenikos Theotokopoulos, the most important representatives of the Cretan School of Hagiography, lived in Vrontisi. In fact, six icons of Damascene that are on display today at the Museum of Hagiography in Agia Aikaterini were located in the monastery of Vrontisiou. The frescoes that have been saved in the katholikon are from the 14th century and show influences from the palaeontic Renaissance and highlight the quality of the artistic expression that had developed in the Monastery.

The most impressive building, which reflects the former glamor of the monastery is the relief fountain of the 16th century that represents Adam and Eve. At his feet are 4 figures flowing with water, which symbolize the 4 rivers of Eden. The fountain is considered the most beautiful specimen of a provincial fountain in Crete and that is why the Turks called Vrontisi a Santrivanli monastery.

West of the lake "Votomou" and a short distance from our hostel is the smallest source of "Sterna" (100 meters from the hostels Eleonas). It took its name from the ancient Roman tank (cisterna) that survives to this day. The water supply network in the area has been developed since ancient times. The ancient Gortyna was supplied with water from the Sterna spring, north of Zaros. Remains of the Roman aqueduct are preserved

This is one of the largest water supply projects of the Roman period in Crete, from which they led the water through a closed pipeline to ancient Gortyna. 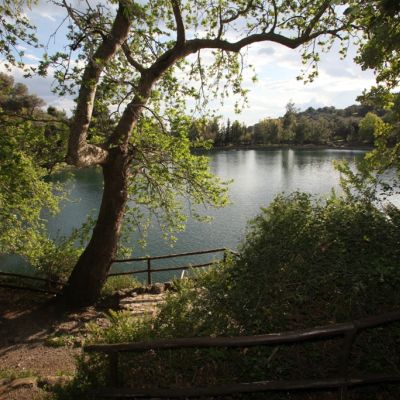 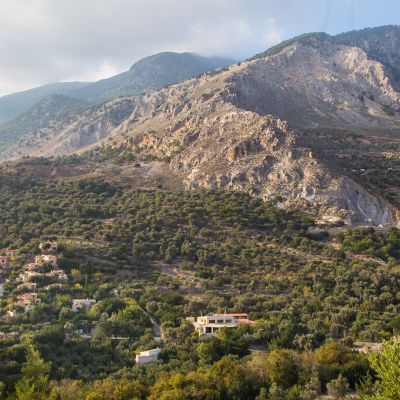 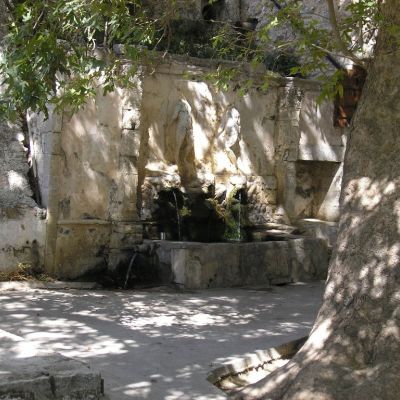 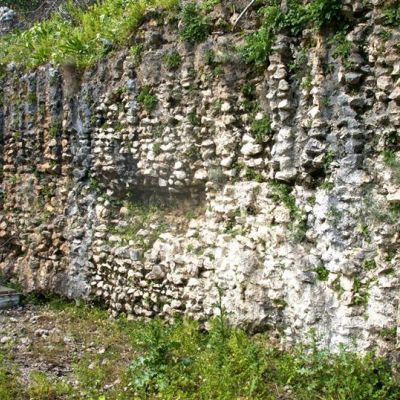 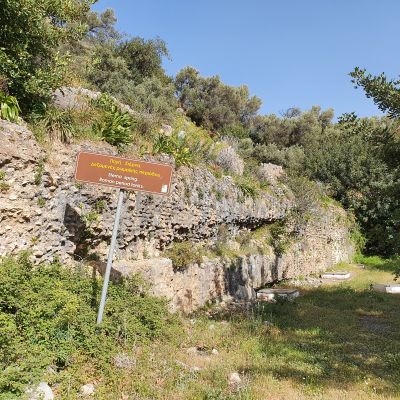 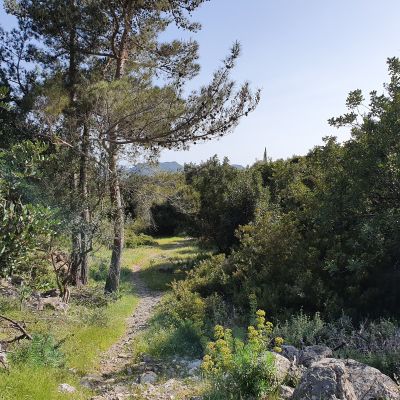 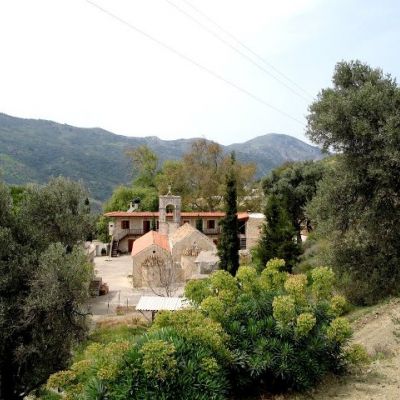 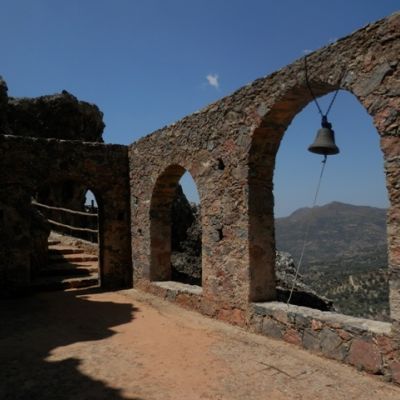 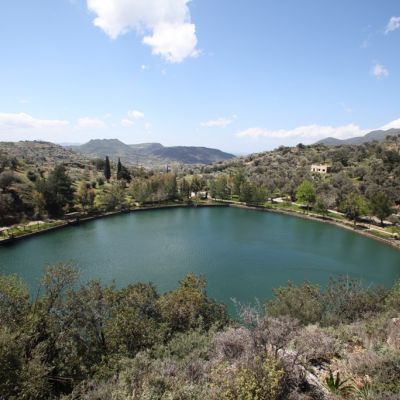 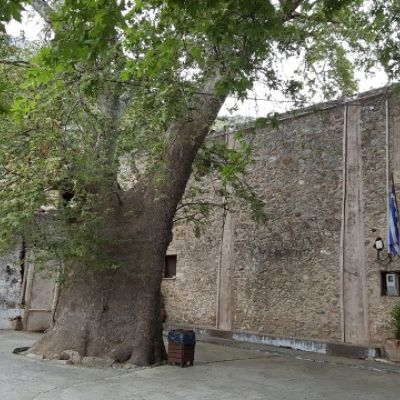 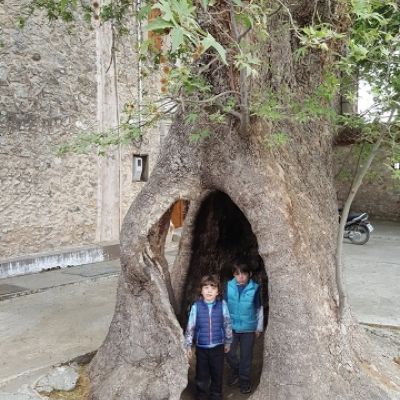 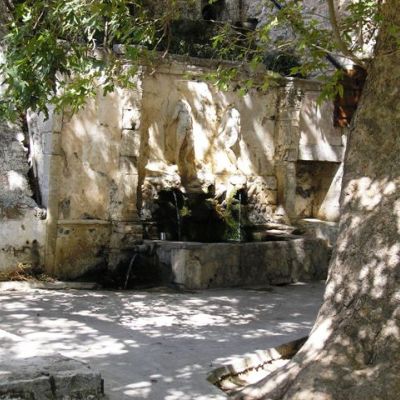 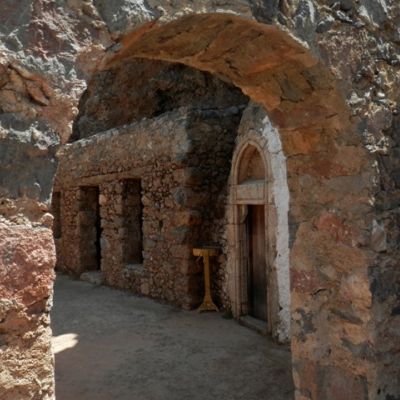 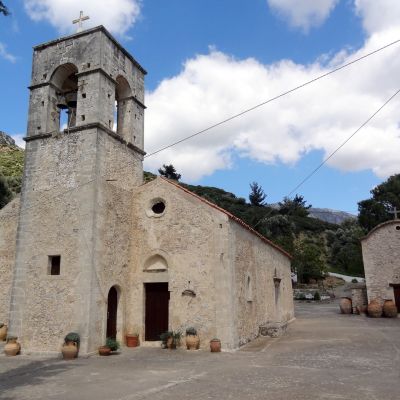 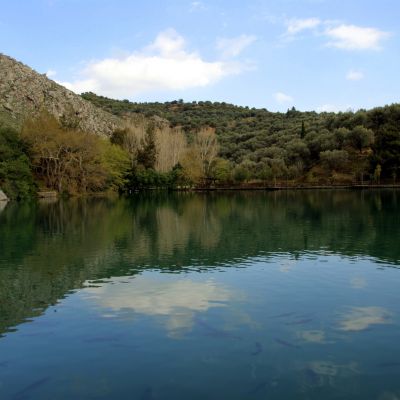