Admire the lush nature with a car ride

From the Eleonas Country Village complex you can visit by car, the Palace of Phaistos, Ancient Gortyna or Matala for coffee and food.

Phaistos was a city in Minoan Crete, 55km south of Heraklion and close to Tympaki. The ruins of the city are located on a low hill in the plain of Messara, with panoramic views of the surrounding area. It is the second largest palace center after the palace of Knossos, as it occupies an area of 18 acres.

The city was inhabited as early as 6000 BC, while it flourished in parallel with the city of Knossos, until the 1st century BC. The palace of Phaistos is a visitable archeological site and receives thousands of visitors a year. It was founded around 2000 BC, according to legend, by Minos. The king of the palace was Minos' brother, the mythical Radamanthis. Radamanthis was the son of Europe and Zeus and was known for his justice. In fact, he is credited with writing the Cretan Code, the first piece of legislation from the rules of justice, which was later adopted by the Spartans. Due to his just judgment, after his death he was appointed judge in Hades, as was his brother Minos.

The palace was leveled in 1700 BC by a strong earthquake, but was immediately restored. Then Phaistos declined, while the reins of the area were taken by the neighboring Agia Triada, which you can visit. Phaistos, however, remained the most important worship center of southern Crete. After the destruction of 1450 BC (probably by an earthquake), Phaistos was restored, minted its own currency and returned to its prosperous state. This lasted until the 1st century BC, when it was destroyed by the neighboring Gortyna, which became during the Roman occupation and the new capital of all Crete.

The archeological site of Gortyna is located 45km south of Heraklion, next to the village of Agioi Deka and is crossed by the road that connects Agioi Deka with Moires. The city was spread over a large area along the Metropolitan River (or Litheos), the main tributary of the Geropotamos, drowned today in the olive groves.

The area has been inhabited since 3000 BC, while during the Minoan era it developed as one of the largest cities in Crete. In fact, in the 3rd century BC it surpassed Phaistos in power and took Matala under its occupation, while maintaining its port, Levina (today's Lentas). The prosperity of the Roman city took off when the Romans moved the capital of Crete and Cyrenaica (region of present-day Libya) to Gortyna. The city, after almost 10 centuries of prosperity, was definitively destroyed by the Arabs in 828 AD.

The city of Gortyna is one of the most important archaeological sites in Greece. The first excavations in Gortyna were started in 1884 by archaeologists Federico Halbherr and Stefanos Xanthoudidis, when they discovered the Great Inscription of Gortyna. Opening Hours: Winter 8: 00-15: 00, Summer 8: 00-20: 00 - Entrance Ticket: 6 €, reduced 3 € - Telephone: 2892031144. 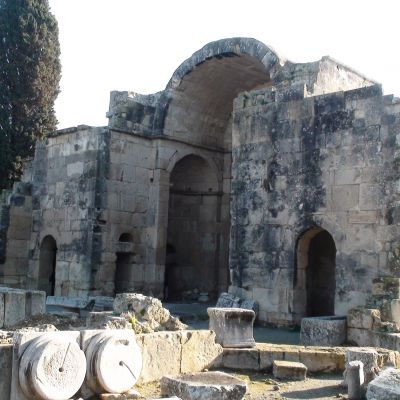 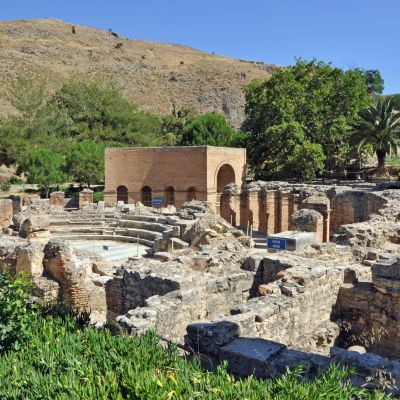 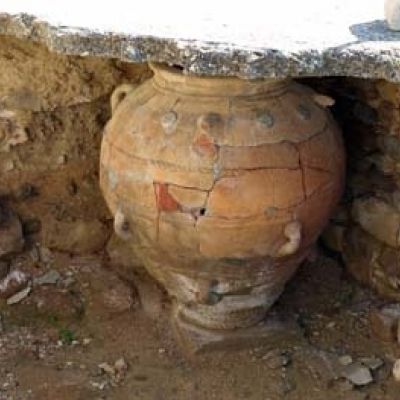 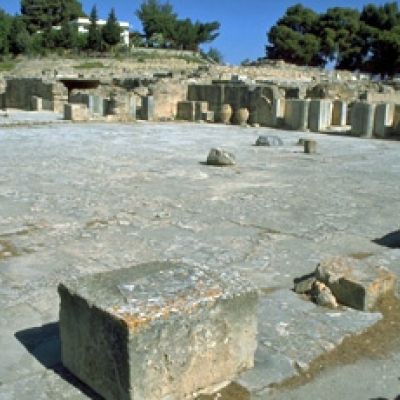 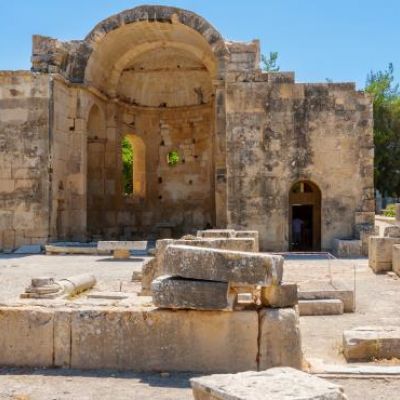 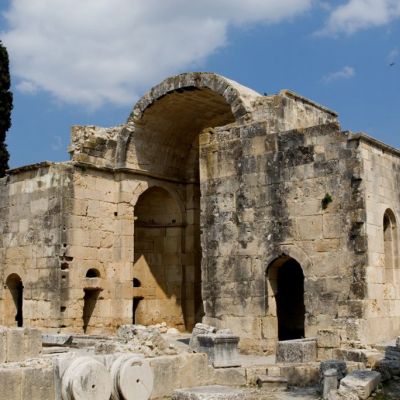 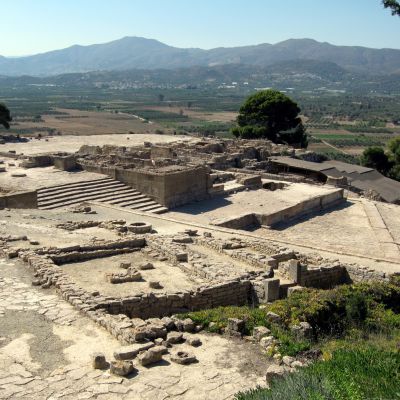